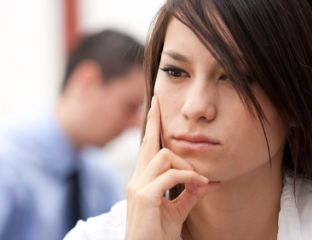 A chemical pregnancy occurs when an egg becomes fertilized but does not fully attach itself to the uterine wall.

This can occur for a variety of reasons.  In the past, prior to extremely sensitive over-the-counter pregnancy tests, many women never realized that they were pregnant.  PMS shares many symptoms with early pregnancy including mood swings, bloating, and fatigue; therefore, many women who experienced signs of chemical pregnancy simply believed that they were experiencing their period early.  With the design of extremely sensitive home pregnancy tests, it is now possible to detect chemical pregnancies before they terminate themselves.

Causes
Chemical pregnancies can occur for a wide variety of reasons; however most medical and scientific experts agree that many eggs fail to properly implant due to a pre-existing condition.  The most commonly confirmed cause of implantation failure is due to chromosomal abnormalities.  Nearly half of chemical pregnancies fail to implant due to this reason.  Abnormal chromosomes can occur for several different reasons including pre-existing genetic abnormalities in the sperm or the egg or both.  The likelihood of experiencing a chemical pregnancy increases with a woman’s age; the older a woman is, the older her eggs are.  The older her eggs are, the higher the chances the eggs will be weakened and cause an abnormal embryo.  (This is equally true for sperm as well).  The other half of chemical pregnancies may occur for several reasons including any of the following:

Treatment
There are no treatments to address chemical pregnancies.  Indeed, because these type of pregnancies end themselves, overwhelmingly due to a preexisting abnormality, many women feel that nature in fact knows best.  In the small percentage of cases caused by external factors such as infections or diseases, treating these causes may help to reduce the occurrence of chemical pregnancies in the future.

Reproductive experts estimate that up to 50% of all pregnancies end themselves.  Prior to our ability to detect the very early signs of chemical pregnancy, many women never knew they were pregnant.  Now, with extremely sensitive tests able to detect the presence of hCG, or human chorionic gonadotropin,  even earlier, more and more women know that conception occurred but for some reason the pregnancy didn’t continue.  Such information can be both a blessing and a curse: while the loss of a pregnancy may cause grief, the knowledge that conception occurred can bring hope.