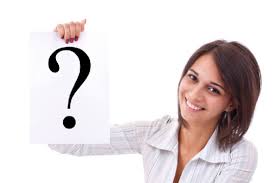 In this blog, you will find the pregnancy stages tips. These includes the answers to your question how many weeks you are pregnant or how to count your pregnancy.

“How many weeks pregnant am I?“
This is a common question for good reason: your 40 week pregnancy countdown actually begins before conception.  Sound confusing?  It is just a bit.  Here’s why.  Despite all of the technology developed in the last century, it’s still nearly impossible to know when the exact moment of conception occurs.  Unless you have cameras implanted in your reproductive tract, you’ll never really know when his sperm met your egg.  So to create a reliable timetable, your OB or midwife will ask you the date of your last period.  Knowing this information allows him or her to calculate the likely timeframe of conception and from there, your due date.

Prenatal Math 101
So in prenatal math 1 + 1 doesn’t always equal 2 (this is true in conception math 101 as well, since 1 + 1 sometimes equals 3 or even 5 or more, but that’s a wholly different tutorial).  Forty weeks is a nice round number that many people refer to as a full-term pregnancy, but medically speaking, 38 weeks is considered to be a full-term baby.   And most doctors and midwives won’t consider your baby overdue until 42 weeks.  Why?  Because the moment of conception will never be known.  And since you’re not actually pregnant during the first two weeks of your 40-week count, if your baby is born on his or her calculated due date, he or she will only be 38 gestational weeks old.

Calculating a Due Date
So how does your doctor or midwife calculate your due date?  He or she will ask when your last period was.  Two weeks after this timeframe, your body would begin ovulating again.  The ova would be released and begin its journey down the fallopian tubes.  If that determined sperm met the egg, fertilization occurred and the egg (hopefully) traveled to the uterus.  A positive pregnancy test lets your healthcare professional know that sometime during your ovulation cycle, the egg and sperm met.  Since the exact meeting date is unknown, the math finds the most reliable information and counts forward 40 weeks.

Sonograms are also another way to calculate a baby’s due date.  Since a baby’s growth and development is fairly standard, measuring certain growth indicators can also help a healthcare professional determine an accurate due date.  However, sonograms aren’t typically used until at least the 12th week; prior to this point many of the needed markers will be hard to determine.

When Did I Conceive
According to prenatal math, you actually conceive sometime during the third week of your pregnancy. Prior to the third week, your body began ovulation and the egg was journeying down your fallopian tubes.  If you’ve been using ovulation testers or tracking your basal body temps, then you may have a closer idea of when conception occurred.  But keep in mind that sperm are fairly hardy—they can remain on target for three days in your body.  So although you may conceive on the actual date of intercourse, it may even be two or three days later.

Prenatal 101 may sound confusing, but here are the cliff notes.  Although your pregnancy is calculated at 40 weeks long, you’re not pregnant during the first two weeks.  Because it’s impossible to calculate the instant of conception with 100% certainty, due dates are calculated based on your last menstrual cycle.  A full-term pregnancy is considered to be 38 weeks; let your countdown begin!

For more pregnancy stages tips, check out our blog here.

Is Cramping in Pregnancy an Early Sign of Pregnancy?