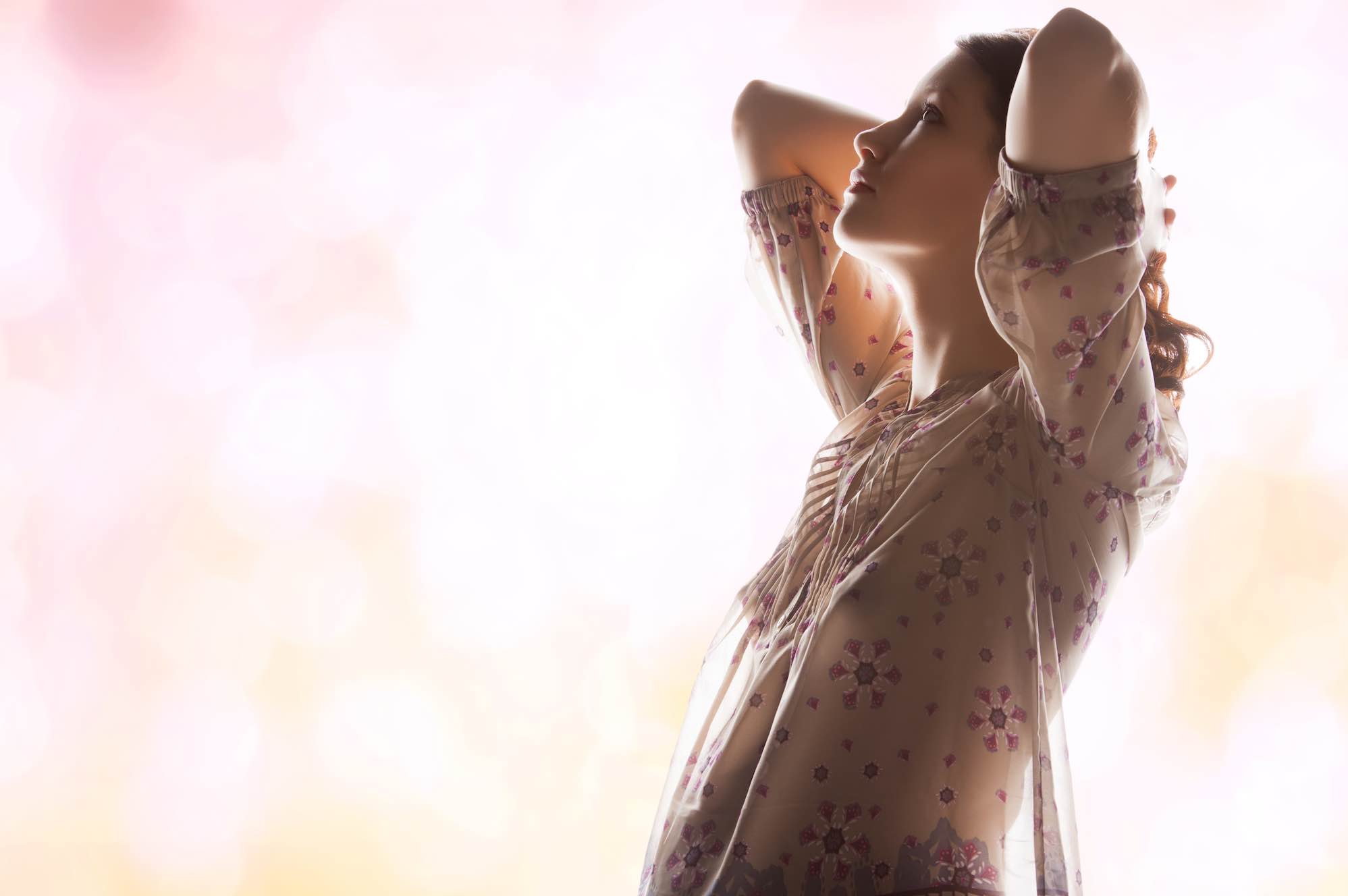 In this blog, we will discuss the healthy tips about painful intercourse during pregnancy. Find out why this happens in your pregnancy period. 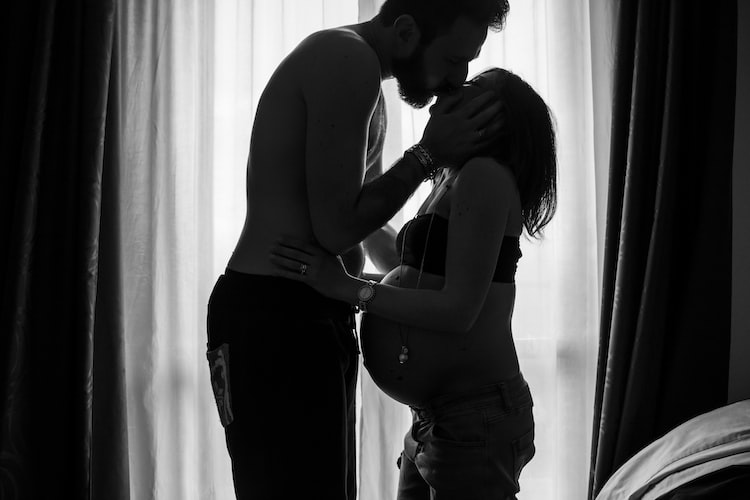 Photo by Andrea Bertozzini on Unsplash

When that BFP (Big Fat Positive) comes up and it’s your first pregnancy, life gets really weird.  You go into your bathroom and suddenly all those bottles and pots and tubes of beauty products have a new air of menace:  “Will these chemicals harm my baby?”  You sniff a couple and you suddenly realize just how horrible they smell and you bin the lot.  You get angrily defensive when you smell cigarette smoke – up go the “NO SMOKING!!!!” signs around the house.  The fridge gets cleared out of anything that could possibly be a source of food poisoning.  You’re in the middle of scouring out the oven (using an environmentally-safe, non-fuming cleaner that requires a heck of a lot more elbow grease than you’re used to applying) when a pair of hands come around to cup the boobs that you’re both still trying to get used to and….

“Ho-LEEE!  Would you not touch!??”  Suddenly, nothing your partner does is a turn-on.  In fact, it’s a downright annoyance and maybe even a little scary.  Too rough, too grabby, too…. everything!  Your spouse reacts with anger and sulks out of the room; you sit on the floor in a puddle of misery:  your sex life is over!   Divorce is imminent!  You’re doomed to being a single mother in ill-fitting second-hand Brazil cut jeans!  After a good wallow, you realize you’d over-reacted so you decide “Okay – we can do this!”.  After much apologetic groveling and maybe even playing the “crazy pregnancy hormones” card, you and your spouse get kissy and cuddly and grope-y and… no. Sorry!  Nunh-unh – “Get off me, it hurts!”

So what’s going on, anyway?

Early pregnancy is a time of massive changes (later pregnancy is too, but not in the same way).  Your entire body is basically acting like a Transformer as it switches gears into baby-building mode – no aspect of your body is unaffected (not even your hair and nails!).

Because of hormones, the connective tissues in your body get softer and looser.  This is to allow the two bones of your pelvic girdle (bet you didn’t know that wasn’t a solid structure, eh?) to separate a bit as the baby is born.  Occasionally, this results in a condition called Symphysis Pubis Dysfunction, where the bones of your pelvis separate too much.  This makes ordinary, everyday actions such as moving your legs apart (as in getting out of a car or doing the mattress mambo) a screaming torture.  Just to sit in a moving vehicle ranges from really uncomfortable to Spanish Inquisition-level torture, so you can imagine the “discomfort” resulting from sex!

Oxytocin is also a hormone, the one that triggers contractions.  For some odd reason, Mother Nature decided that oxytocin should also be released by orgasm (and they say she has no sense of humor!).   In early pregnancy, many first-time mums-to-be (technically called “Primipara”) are hyper-aware of the uterine contractions that result from orgasm or sexual stimulation and immediately assume they’re about to suffer a miscarriage.  Worry not!  If the pregnancy is normal and you have no previous history of miscarriage, there is no possible way you can cause a miscarriage by having sex.  Well…. not normal sex, anyway.  There is no research on the effects of freaky sex on pregnancy so maybe pack away the [air quotes] special equipment for the duration.

The cervix and vaginal tissues are responsive to hormone action and can become easily irritated and sensitive.  Women normally not sensitive to, for example, the lubricant on a condom might suddenly find it causes an intolerable burning.  During pregnancy, the cervix also changes shape and, as a result, for some women it could shift into a lower or different position or angle and get knocked about in an unaccustomed way during sex. Neither of these will endanger your baby.

Your body needs to increase its fluid volume by about half – that means all your tissues are swelling up.  While it’s a little more usual that this makes sex more enjoyable, it’s not uncommon for it to make sex feel a bit weird and even “icky”.  You might be aware of an unfamiliar or even  uncomfortable fullness down there.  During sex and/or in the bathroom afterward, you might find yourself a bit more sensitive to friction and texture than normal (the skin on your spouse’s hands might feel like sandpaper or the toilet paper might feel like steel wool).  Unfairly, it’s also common for the clitoris to become less sensitive or to not be as prominent as normal thus making sex less enjoyable.  This is not a permanent condition and will sort itself out once your body stabilizes which, to be honest, is not until after delivery for some women.

Aside from the physical causes of painful sex during early pregnancy, there are the psychological causes.  A woman who is pregnant for the first time generally becomes very self-conscious about her body.  She might be worried that her spouse will find her undesirable or that she, herself, will be unhappy with her new post-baby look.  She might also be afraid of hurting the baby or just be a little weirded out at the thought of a baby being that close to the action, as it were.   Add this to the crazy dreams, the sleeplessness, the exhaustion, and everything else, and it’s no wonder she’s not in the mood.  If she’s super-not-in-the-mood, lack of sexual stimulation means lack of lubrication and no lube means it’s not going to be pleasant.  If she’s prone to clinical anxiety, she could even develop a condition called “Vaginismus”.

Vaginismus is when the pubococcygeus muscle, the sling-like muscle that makes up the pelvic floor and aids in childbirth, clamps down making it very difficult or even impossible to insert anything into the vagina.  The PC muscle cannot be activated willingly to any great extent – we’re talking a purely involuntary reaction here – just “clamp!” and that’s it.  In bad cases, it’s not possible to insert even a tampon, let alone a speculum for an internal exam or a penis.  In the worst cases, the muscle spasming can spread to include the muscles of the legs and lower back or stopped breathing – again, these are involuntary.  Often the woman has no idea that it’s happening – she just knows it hurts.  The good news is that it’s one of the easiest conditions to treat and usually doesn’t involve medications.  Go to https://www.vaginismus.com/  if you suspect you have this condition and learn how it can be treated.

During pregnancy, sex is just sometimes not nice at all.  Many causes can be treated easily:

However, if sex is painful and also accompanied by burning, itching, bleeding, or abnormal discharge, please seek medical advice immediately.