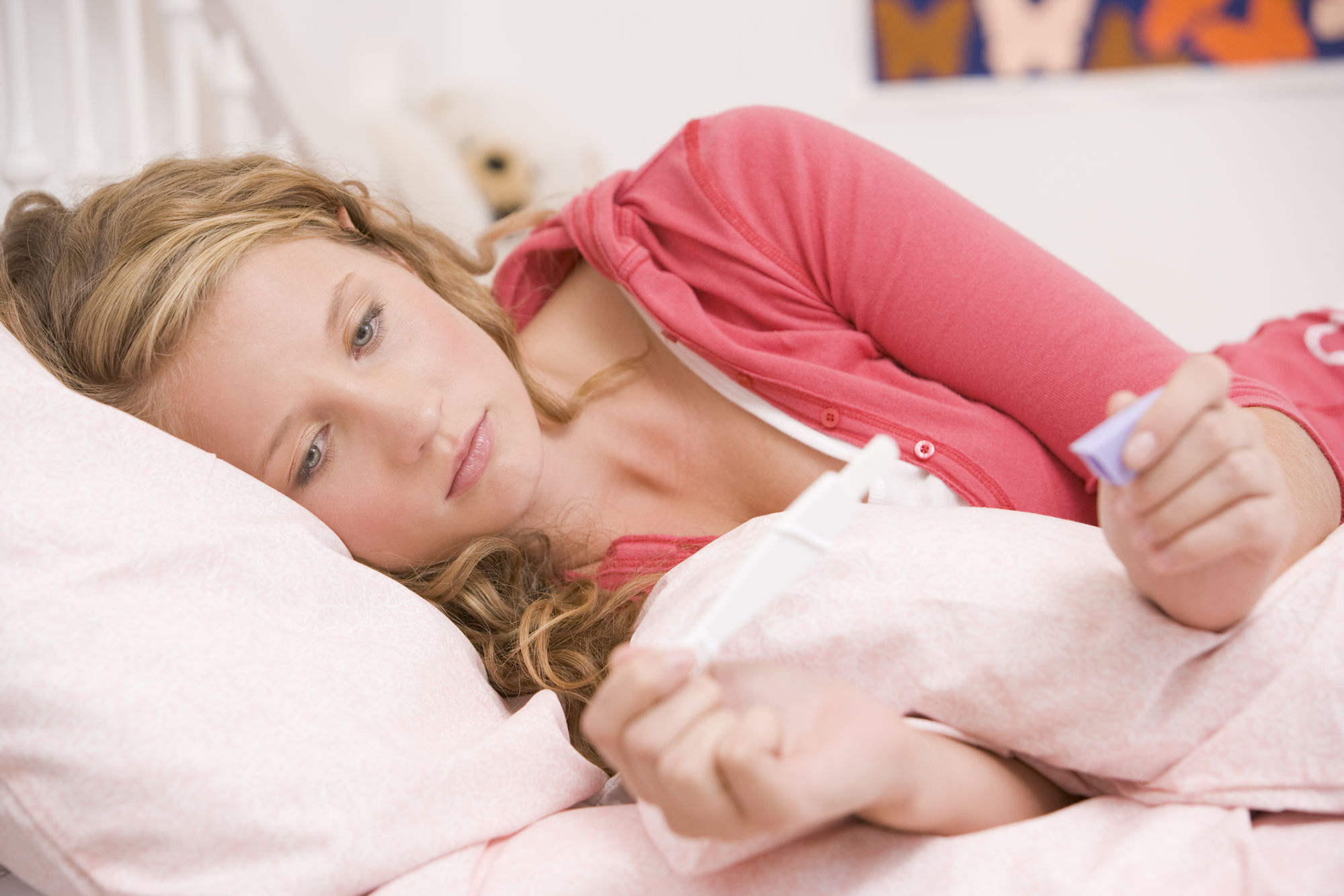 Although yeast live in the vagina normally, the natural balance of this environment typically keeps them in check.  However during pregnancy, your body encounters a number of changes which may throw this delicate balance out of whack, allowing the yeast to grow unchecked into full infection status.  If you suddenly notice a white discharge that smells like yeast, you may in fact have a yeast infection.  Here are the facts.

Cause
Yeast naturally exists in the vaginal canal.  However several changes during pregnancy can alter the balance that keeps yeast populations from exploding.  Once the egg implants to the uterine wall, the placenta begins forming; once the placenta forms the body begins producing a pregnancy-specific hormone: hCG.  During the first 11 weeks of your pregnancy your body doubles its production of hCG, or human Chorionic Gonadotropin, every 2-3 days.  This rapidly increasing hormonal level can alter your body’s chemistry and allow yeast to grow.  Sudden dietary changes may also trigger a rapid yeast growth; yeast feed on sugar.  If you’ve consumed greater-than-usual amounts of sugar (perhaps because of cravings) the yeast could feast and grow out of control as well.

Symptoms
These infections are accompanied by a vaginal discharge with the consistency of cottage cheese.  Although this discharge is typically white, it may also appear to have a greenish or yellowish tint.  It is likely to smell like bread.  Burning or itching sensations are common, and labia irritation will likely be noticeable; the outer lips will swell and appear redder than usual.  These discomforts may also cause pain during sex or while urinating.

Treatment
Yeast infections may be treated one of three ways:  by prescription pill, by vaginal creams, or by vaginal suppositories.  Several prescription medications are approved for pregnancy.  Many women prefer oral medication because it is the least messy and typically offers the quickest resolution to the discomfort.  Creams and suppositories may require multiple applications.  Other home remedies such as plain yogurt and sliced garlic are common approaches to treating this condition naturally, but no clear studies have proved their effectiveness at combating yeast infections.  Plain yogurt aims to flood the vaginal canal with positive organisms while garlic works as a natural anti-fungal; the medical community endorses neither of these natural cures to this infection—using them is up to you.

If you rarely experience yeast infections and you suddenly suspect you have one, it may indeed be an early sign of pregnancy.  However they may also occur for a variety of reasons including dietary changes and stress.  If yours appears alongside nausea, fatigue, mood swings, and/or a late period you may want to pick up a pregnancy test when you pick up the treatment for the infection!