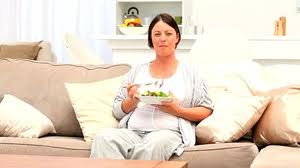 Is it safe to go on a weight loss diet during pregnancy? Find out the answer through reading this blog.

For generations, the conventional advice has been to gain between 25 and 35 pounds if you’re of normal weight, more than that if you’re underweight and less than that if you’re overweight.  If anything, try to avoid gaining weight but whatever you do, never, ever go on with weight loss diet during pregnancy !  The consequences of doing so ranged all the way up to losing the baby.

Finally, however, a proper study has been done that has found quite the opposite.  Not only is it not dangerous to go on a diet during your pregnancy, but it’s actually beneficial (assuming, of course, that you did need to lose the pounds).  Many of the complications associated with excess weight gain during pregnancy (such as pre-eclampsia and gestational diabetes) and pregnancy in obese women can be reduced, reversed, or just plain avoided by losing weight.

In the May 18 issue of the British Medical Journal, a study published (“Effects of interventions in pregnancy on maternal weight and obstetric outcomes: meta-analysis of randomized evidence”, found here  analyzed 44 studies with a total population of over 7,200 test subjects and analyzed the effects that diet and/or exercise had on the pregnancy. Specifically, they were looking at how much weight the women lost, how the women lost it, and if the weight loss was associated with any complications suffered by the mother or the child.

Interestingly enough, while all three techniques (diet, exercise, and a combination of both) resulted in weight loss; diet alone was clearly the most effective, resulting in an average loss of nine pounds compared to 1.5 pounds from exercise alone and 2.2 pounds from doing both.

The women who went on a calorie-restricted diet reduced their risk of pre-eclampsia (characterized by a spike in blood pressure and protein in the urine and that can lead to both maternal and infant death) by a third.  Gestational diabetes risk was dropped 60 percent while the risk of gestational hypertension was dropped 70 percent.  Not just the mothers benefited, either:  premature birth was reduced by 32 percent.

The study showed that standard diet advice – limit calories; eat a balanced diet of proteins, carbs, and fat; focus on healthy foods such as produce, legumes, and whole grains – was all that was needed to accomplish such significant health gains and risk reductions but didn’t provide any guidelines with respect to daily caloric requirements or how many pounds women should gain during pregnancy.

The information gathered from this study is even more significant when set against the fact that one in five pregnant women will suffer obesity during pregnancy leading to increased medical costs, longer stays in hospital, more neonatal interventions, increased emergency deliveries, more visits to the emergency department post-delivery, and more attention required from the attending physician.  Obesity during pregnancy has also been linked to developmental changes in the developing baby which can predispose them toward obesity and high blood pressure at a young age and also to an increased risk of autism.