What is Creamy Cervical Mucus all About? 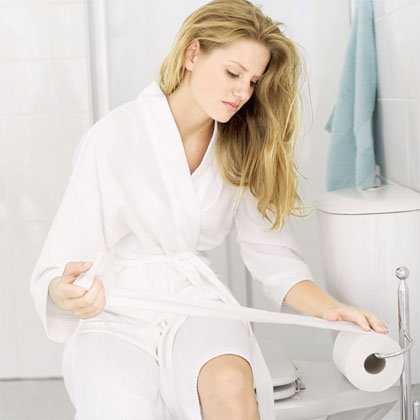 Before there were all kinds of ovulation tests, women relied on their bodies to alert them to the best times to conceive a baby.  Such knowledge was passed from mother to daughter or midwife to hopeful client.  Creamy cervical mucus is one of those natural methods that signal impending ovulation.  If you’re trying to conceive, understanding the stages of cervical mucus can significantly aid your quest of conception.  Here’s everything you need to know.

The female body is a pretty amazing piece of work.  Celebrated in art for its form, it is also quite functional.  Take cervical mucus for example.  Before a woman begins ovulating, there is little to no cervical mucus in the vagina.  However, production begins ramping up as ovulation approaches.  Then, as ovulation occurs, the mucus changes, signaling the ideal time to slip into that awesome lingerie outfit and throw your partner “the look”.

So how exactly can you determine the type of cervical mucus your body is producing?  A quick, clean finger swipe should do it.  Always make sure your hands are clean and fingernails trimmed.  Since soaps can have irritating perfumes or dyes, it’s best to go with a simple, non-scented organic option.  Also, the fluids released during sex can throw off your creamy cervical mucus investigation, so it’s best to check prior to any sexual relations.

In essence, creamy cervical mucus is the body’s signal that you should be getting ready—you still have a few days, but the best time to try for a baby will be soon.  In case you need a refresher, here are the different kinds of cervical mucus (CM) and what each one means:

There you have it; more than you may have known before, and most definitely more than your high school health class covered during the oh-so-short-and-sweet unit on human reproduction.  It’s important to remember that every woman’s body is different; where one woman may experience a single day of wet cervical mucus, another may experience three days.  If you’re considering having a baby it’s best to acquaint yourself with what’s normal for you.  Charting your mucus cycle can help you better understand your cycle and help speed your conception efforts.

Is Gas in Early Pregnancy a Symptom?