Vitamins to Take When Pregnant: Choline during Pregnancy 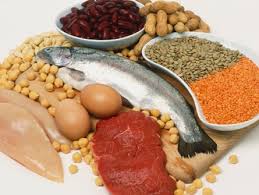 We’ve known about the importance of various vitamins to take when pregnant like folic acid, calcium, magnesium, etc, for decades but it’s only just recently that the importance of a relatively unknown nutrient, choline, has come to light. In this blog, you will find out why it is important to take Choline during pregnancy.

Information is, as yet, sketchy, but a study done out of Cornell University did find that Choline supplements given in the last trimester could reduce the baby’s risk of developing chronic ailments later on in life, possibly by protecting the developing baby from the mother’s cortisol (stress hormone) levels.  Previous studies have shown that babies exposed to too much cortisol are more likely to be anxious and irritable as infants and are prone to depression, hypertension, diabetes, and other stress-related illnesses later in life.  Taking in 930mg/day (as opposed to the more usual 490) for the last trimester resulted in lower cortisol levels in the baby’s cord blood.  Researchers think this means the baby was buffered against prenatal stress during development.

The big question:  “Should I add choline during pregnancy diet?”

The answer in a nutshell:  “You probably don’t need it.”

Choline has more immediate benefits than the long-term, however.  The baby’s neural system needs choline in order to build sections of the cell membrane and neurotransmitters that carry information along the nervous system.  These structures are important for developing memory and the ability to learn.  Supplementing choline in the last trimester could theoretically mitigate the severity of Down’s Syndrome in infants born with the disorder as it apparently can enhance neural structures.  Certainly being deficient in choline is not going to do the baby any favors: if the mother’s choline intake is inadequate, she runs the risk of having a baby born with a neural tube defect such as spina bifida or cleft lip and/or palate; heart defects;  or even impaired mental functioning.

Other evidence shows that choline and other vitamins to take when pregnant may be of far more significance to the developing fetus than previously thought.  For one thing, it’s delivered to the baby across the placenta by the truckload and the placenta itself, even though it’s not even a form of neural tissue, stores huge amounts of it (maybe as an emergency reservoir?).  The baby is exposed to extremely high concentrations of choline at first, then the levels taper off until the baby is a few weeks old when they are at the same level as adults.  The choline in amniotic fluid is ten times the amount found in the mother’s blood.  Plasma/serum concentrations are six to seven times higher in the preborn and newborn than they are in an adult, possibly to make sure it’s lavishly available to the baby’s tissues.  Just to make things more intriguing, rat studies found a choline-related enzyme (with the jaw-breaking name of phosphatidylethanolamine-N-methyltransferase) in the the newborn rat brain that doesn’t even exist in the adult’s!

It’s a good thing, then, that the recommended choline daily allowance of 450mg/day (550mg/day for breastfeeding women) is easily met through the average diet.  Egg yolk, spinach, navy beans, chicken breast, beef, cod, wheat germ, and cauliflower are all rich sources.  As toxicity levels and the consequences of overdosing have not yet been established, consult with your doctor and get the latest research findings before adding a choline during pregnancy to your diet. 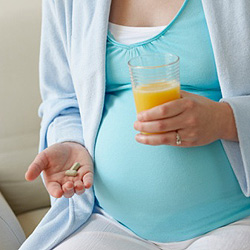