Should I Consider a Cesarean Pregnancy Delivery Beforehand? 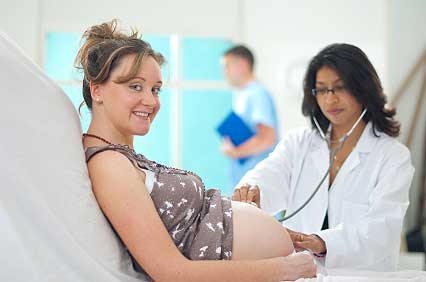 Elective cesarean sections are a controversial trend, and almost uniquely an American one.  Until the 21st century, cesareans were performed only when the mother or baby were at risk.  However over the last few decades, many American (and a rising number of Chinese) women have begun scheduling their delivery dates.

Reasons for an Elective Cesarean
Women consider scheduling cesareans for a number of reasons.  Some women choose cesareans for medical reasons including familial medical history or the baby’s birthing position.  OBs typically recommend this surgery for mothers delivering multiple babies as well as for women over the age of 40, due to possible delivery complications.  Other women want their baby born on a specific day.  Other women may choose a cesarean birth because they fear a vaginal one.  Whatever the reason, nearly one-third of American women  (32.8%) gave birth by this method in 2010 according to the CDC; this number has risen drastically since 1965 where only 4.5% of births were by cesarean.

Vaginal Delivery vs. Elective Cesarean
Many women feel strongly about this topic.  Those who support vaginal delivery argue that a woman’s body is built to handle the process of labor and delivery.  With proper support and guidance, they believe that all low-risk, healthy women can give birth without interventions.  Those who support elective cesareans argue that modern advances have made giving birth easier—so women should take advantage of such technology.

Here’s what you need to know:

Making the Decision
Scheduling a cesarean shouldn’t be done on a whim.  Have a frank discussion with your healthcare professional regarding the risks and recovery associated with this surgery.  As with any major surgery, there are risks involved.  Talk with your partner as well; he or she will need to understand the recovery process and be willing to help you through it—whether that means helping you up and down the stairs or simply allowing you to rest so your body can heal.

Most importantly, evaluate your reasons for considering an elective cesarean.  If it’s due to fear, discussing your fears with a new mother who experienced natural childbirth and/or a midwife may help to alleviate any doubts you may have about your ability to give birth naturally.

How Bad Will My Pregnancy Cesarean Scar Be?

Pregnancy Delivery: We’re Here! What to Expect at the Hospital