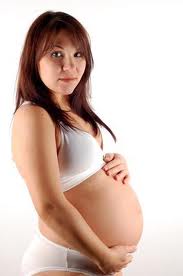 In this blog, we discuss the things that you should know about giving birth by cesarean section. If you are interested to learn more, read this blog.

Expectant mothers have a great deal on their minds—including how they would like to give birth.  Fortunately, women only have two choices: vaginal birth or cesarean birth.  Where vaginal births include a great deal of choice, ranging from water births to epidurals, cesarean births come with much less choice.  They are always completed in a hospital by a licensed surgeon.  Let’s take a look at some common questions regarding cesarean sections.

What is a cesarean section?

A cesarean section is a major surgery performed to remove the baby from the uterus.  An OB will make an incision that cuts through the abdominal muscles as well as an incision that opens the uterus.  These incisions may be horizontal along the bikini line or vertical from the naval to the pubic bone.  The type of incision depends upon several factors including the OB’s preference and the baby’s position.  After removing the baby, both incisions are closed with sutures.

Why would I have a planned C-section?

Women elect to have C-sections for a variety of reasons.  Some plan cesareans for medical reasons.  Others follow the advice of their healthcare professional, especially if they are having multiple babies or are on the upper range of child-bearing age.  Other women may schedule the birth of their baby for sentimental reasons—they may want a specific birthday for their child.  Sometimes, doctors will know about a problem ahead of time through ultrasound images, and may recommend scheduling the surgery.  Planned C-sections are often recommended in cases including:

Why would I have an unplanned cesarean delivery?
An unplanned cesarean delivery may occur due to complications that arise during the pregnancy or while in labor.  During the pregnancy, if the mother or baby’s life is at risk, the OB or midwife may recommend scheduling a C-section to ensure the health of both parties.  If a mother goes into labor on her own, but the labor stalls or the baby seems distressed, a cesarean section may be performed as well.  Common reasons for an emergency C-section include:

What happens right before a C-section?
Before going into surgery, a mother will have an IV inserted into an accessible vein.  This IV acts as a port for both fluids and medication.  Next, an anesthesiologist will conduct a few blood tests.  If numbers are good, he or she will return and numb the mother’s abdomen and legs.  When the anesthesia takes effect, the OB begins the surgery.

How is a C-section performed?

Giving birth by cesarean section can be performed one of several ways.  The most common method is an incision along the bikini line.  A horizontal incision is made just slightly above the pubic hairline (in many cases a nurse will shave approximately one inch of hair to prep for this incision).  Another method involves a vertical incision, which begins at the naval and stops just below the bikini line.  After cutting through the abdominal muscles, a second incision is made to open the uterus and remove the baby.  Once the baby is out, the surgeon then removes the placenta and closes both incisions with stitches.  It is common practice for mothers to be awake during this procedure; mothers are only given general anesthesia during emergency C-sections.

What risks are associated with a C-section?

Advances in maternal care have drastically lowered risks related to cesarean surgeries.  However, C-sections are considered a major surgery, and do carry some risks for both the mother and the baby.  Risks to the mother include:

Risks to the baby include:

As with any surgery, it’s important to discuss your options as well as known risks with your healthcare professional.  Both OBs and midwives will be able to answer any question you may have about the procedure as well as recovery timeframes.  Before making such an important decision, it’s important to have all the information.  And if you’re planning on having a vaginal delivery, it’s important to understand the basics about cesareans—just in case your birth plan ends up a little sideways.  Knowing what’s about to happen, and what to expect afterwards allows you to have some control!

Should I Consider a Cesarean Pregnancy Delivery Beforehand?

How Bad Will My Pregnancy Cesarean Scar Be?

What About Pregnancy Water Births? – Pregnancy Labor and Delivery