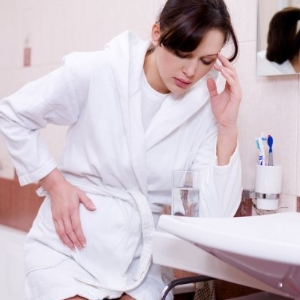 In this blog, we will discuss tips about diarrhea during early pregnancy.

There’s no question that if there’s any stage of life designed to rob you of your dignity, pregnancy is it!  Bad enough having to constantly trot to the bathroom to pee, but sometimes you’ve got “it” coming out the other end, too!  That’s right – acne, heartburn, sleeplessness, weird dreams, mood swings, food cravings, and a baby hippo tap-dancing on the bladder aren’t sufficient, we have to get diarrhea, too, because merely being pregnant isn’t interesting enough.

Why don’t we skip over the definition of diarrhea – we all know what it is – and get right down to why it happens.  There are a number of reasons your guts could get in an uproar:

While it is a nightmare when it happens, the good thing is that pregnancy diarrhea is nowhere near as common as constipation.  If it’s a sudden attack of short duration and you can pretty much figure out what’s caused it, walk it off.  But if it’s been two days or more or you really have no idea why it’s happening, you really need to see your doctor.  Diarrhea can leave you dehydrated before you even know it and that’s very bad for baby (too dehydrated for too long can terminate the pregnancy or throw you into early labor).

In the meantime, if you’ve got the “gallop and trots”, there are a few things you can do to ease the situation:

One last thing:  if it’s just the runs, that’s one thing (“it” happens), but if it’s not “just” the runs, you really need not to ignore it!   Please seek immediate medical advice if it’s explosive, if it’s happening more than three times in a day, if there’s mucus or blood in it, if it’s weird colors (especially if it looks like there’s brown coffee grinds or tarry black bits in it), or if it’s nothing but pure water.

There now:  don’t you feel better?