Drugs – particularly illegal narcotics – can have a huge impact on the mental and physical health of users. Pregnant women are prohibited from using many of these drugs. This also applies to some prescription drugs, including those used for allergies or pain management. Using drugs in pregnancy may cause bad effects not only for the mother but for the baby too.

These stern warnings are for good reasons. While drugs and alcohol can have serious psychological and physical effects on users, they can have a devastating impact on the fetus. Many dependency and developmental problems can develop, depending on the drug used and the length of use.

In this article, we will explore why pregnant women face different health risks and how to be remain safe during pregnancy. 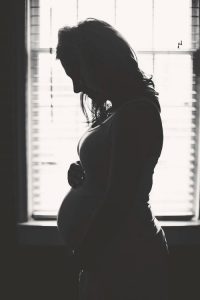 How Drugs Affect the Fetus?

What makes drugs – both legal and illegal – particularly dangerous to pregnant women is the manner in which they affect the fetus. Much of what the mother ingests will be passed on to the unborn baby through the umbilical cord and placenta. While many things that the mother consumes can be good for the fetus, drugs can have serious short-term and long-term effects.

The growing fetus is highly susceptible to drugs. It has yet to develop physiological systems that remove toxins. This means that the drugs a mother transmit to an unborn baby often accumulate to dangerous levels, which can cause serious harm to the baby.

The impact of drugs and alcohol on a fetus depends on several factors, such as:

Drugs during Pregnancy and Their Effect on the Fetus

Alcohol is a drug that can be dangerous for pregnant women and their babies, but people often underestimate its effects. This is partly because of the misguided idea that ingesting certain amounts of alcoholic drinks will not cause any negative effects. While having one or two drinks a day is safe for many adults, research shows there are no safe levels of alcohol for pregnant women.

Alcohol abuse can cause a myriad of brain developmental issues in the fetus. Drinking alcohol in pregnancy can cause fetal alcohol spectrum disorders and is one of the leading causes of intellectual disabilities. Alcohol exposure might produce babies born with physical problems such as facial abnormalities and might produce developmental disorders.

Marijuana contains toxins that can harm an unborn baby. It can pass to the baby from the mother through the placenta, an organ that provides the fetus with nutrients and oxygen. Using marijuana can deprive the fetus of the oxygen and nutrients it needs for proper growth and development.

Studies on marijuana use during pregnancy are limited and sometimes conflicting. However, the Centers for Disease Control and Prevention (CDC) lists some potential risks of using marijuana while pregnant, including:

Cocaine affects the central nervous system of its users. For pregnant mothers, it can cross the placenta and cause serious adverse effects for the growing fetus. It can cause miscarriages and other problems, including:

Heroin is another drug that is dangerous for pregnant women and their unborn babies. Like cocaine, using heroin can cause dependency for the fetus. This means that the child is born addicted to the drug and might experience withdrawal from it, a condition known as neonatal abstinence syndrome (NAS). Some other adverse effects of heroin might include: 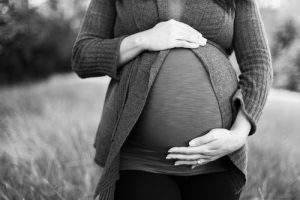 Some prescription and over-the-counter medications can also produce significant adverse effects on unborn babies. Studies on the effect of the medications are scarce, due in part to fears about the unknown effects of testing drugs on pregnant women. However, women might want to seek their doctors’ advice before taking any medications while pregnant. Their doctors might also suggest alternatives to treat pain, allergies, or other conditions.

This time of crisis, how much do you love your family?

In this time of coronavirus crisis, I believe this is a great opportunity to show your love to your family as we all stay at home to be safe! Make sure that you say the words "I Love You" before it is too late.

Mostly, take your love into an action. Show to your loved ones how much you loved them through doing something that she or he will love! Like, cook his special food or give him a special massage!

From our family to yours, keep safe everyone!

We at My Pregnant Health are joining the World Health Organization to celebrate the 25th year of World Health Day 2020, with a tagline “Support Nurses and Midwives”!

We are one in supporting the Nurses and Midwives around the world. In times of emergency health crisis, like this #CoronavirusPandemic, they are the frontliners who risked their lives to help and assist to your health needs. Thus, we want to say Thank you to all the nurses, midwives and health care workers who comprised the nurses and midwives workforce around the world!

This World Health Day, support our nurses and midwives through sharing these images from WHO and take your time to share your experience of how these health workers helped you in times of your health emergency needs.

Show us your support and courage to speak your #ThankYouMessage to our nurses and midwives!

- From all of us at My Pregnant Health family!

7 April 2020 is the day to celebrate the work of nurses and midwives and remind world leaders of the critical role they play in keeping the world healthy. Nurses and other health workers are at the fo...
View on Facebook
·Share

For Tuesday April 7, 2020 topic, #NPHW2020 will discuss the issues about Maternal and Child Health. This discussion will ensure the health of mothers and babies throughout the lifespan.

Join now and find out the best #pregnancytips and issues to be discussed from the the from the medical experts and public health professionals!

Help keeping you Healthy during your Pregnancy

All over the world nurses, midwives and all health workers are fighting day and night to keep us safe from the #coronavirus!